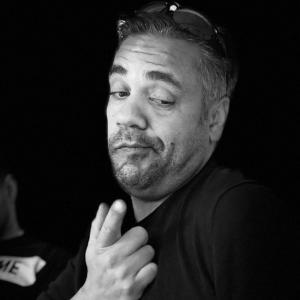 Johannes Taharally defines himself as a Drone Artist Pilot.

Based in Sweden, he owns an Inspire 2 from DJI that he likes to flyover the sweden capital, Stockholm, especially at night.

Most of his 700 aerial stockshots by drone are filmed directly in 6K in Raw.

Johannes is also keen with timelapses that he capture all over Sweden and we alweys enjoy very much reviewing his work, plenty of variety and originality as you can see by yourself !

Aerial View Over Huge Blooms Of Cyanobacteria Around The Island Of Gotland In The Baltic Sea, Sweden © Johannes Taharally / IT4ALL / HOsiHO

How do you first define yourself ?

Where are you based and what is your main activity?

Based in Stockholm & Gotland in Sweden. My main business is as an IT consultant.

Why and how do you create stock images ?
I prefer filming over stills, but this doesn’t mean that I don’t like stills. When taking pictures, it’s not always that easy to get good shots because of wind, light & other things, especially when taking pictures at night. So one thing that I really like when using the Dji Zenmuse X7 camera is that since it films in 6 k this makes easy to extract pictures from this material. Of course, the pictures are often better when taking an actual picture but sometimes one sees a moment in a video that one really would like to have as a background on the desktop or maybe want to print on paper and it’s kind of difficult doing this with a video.
How did you come to drone filming / photography ?


As I said, my main business is as an IT consultant, managing different clients’ IT environments and also helping them with support. When I started this business in 2017, I also registered aerial photography since this was something that previously only had been a hobby for me, now I hoped that maybe this could be a chance for me to get into this market. But since I have had so much work on the IT side I really haven’t had the time to start to marketing myself on the aerial photography side.
Now I am not complaining about this because I think I am lucky that my customers like what I do for them, one might even call this a luxury problem when having more than enough work. But then one has a mind that wants to do other things to… like flying and filming different things…
So how did the aerial photography interest start? This started a long time ago, the aerial part was because I started flying RC-helicopters about 10-15 years ago and when a friend, Daniel, a few years later asked me if I could mount a camera on my helicopter, well, this is when the idea was borne.
My reply to Daniel was; of course, this is possible, we will just use some duct tape… So, we used some duct tape to attach the camera to a methanol RC helicopter. You can imagine how good footage we got with all the vibrations and smoke. But we had a lot of fun. Since then we both have evolved a lot.
After this Daniel got hooked, so he started building drones himself, flying them and mounting cameras on them. I can’t say that I had any special interest in aerial photography at that time, but this changed when I saw what Daniel did and how skilled he became at this and also all the possibilities one could implement in this area, so I think that we actually tricked each other into the others hobby.
After I got the DJI Inspire 2 and tried this together with Daniel. I was really amazed on how much better the quality of the pictures and videos became. One of the reasons for this is that we can focus on our respective tasks and don’t need to divide our focus between two things at the same time. We do of course need to be synchronized to get the best out of every flight, and I think that we manage this well. Unfortunately for me Daniel lives on an island called Gotland and I live in Stockholm so now a days I do most of the flying and filming myself and then Daniel helps me with the editing of the material.
Countries/locations or themes covered by your portfolio?


Sweden and the Philippines

Are you also available for commissioned work in your area?
Yes, but this is something that is in the beginning stage. At the moment we don’t have any customer references, the only reference material that we have are the pictures & films that you can find on HOsiHO.

What gears do you use to create aerials and/or ground images? Have you another specialty: timelapse, hyperlapse, vr360, other?


Our gears and the fleet consists of one DJI Inspire 2 x7, one Mavic Pro, one Mavic 2 Pro, one Nikon D500 with Atomos Ninja Flame that we mostly use for time-lapse. There is more but the things that I listed here are the things that we use the most.

What are your next shooting projects  (aerial or not) ?
At the moment everything is on ice since we all are restricted by the Corona virus.


Well, if I didn’t have the help from Daniel I really don’t think that it would have been possible to produce as much material as we actually have done this last year. I think that we are still learning how to do different things in different ways but when I look back at what we made a year ago, I get really amazed of how much that we have evolved during just this last year. So I think that “together might be the clue”. 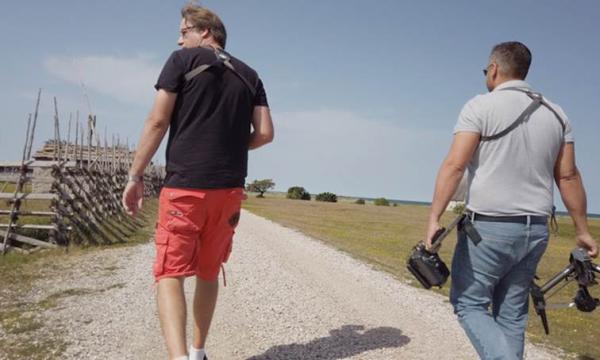 To the left Daniel Gustavsson & to the right Johannes Taharally