Every week, we highlight some of the best aerial footage, photos or hyperlapses,

This week before Christmas, we particularly liked those four aerial videos shot in

Switzerland, in Laval, Lille and at the Mont-Saint-Michel in France.

Aerial view of rowers on Geneva lake by Montreux Riviera in the morning, filmed from a drone,

in Montreux, Switzerland, by  Xavier Horville/Drone-First, also practising as an ultralight pilot

himself, and often flying over Paris with helicopters.

Aerial view of Christmas Lights And Decorations Of Lille Xmas Market, filmed with an Inspire 2

drone at Night, in France by Anthony Brezski/Lets Fly Production,

member of the HOsiHO Drone Network for the North of France, and used to prestigious

audiovisuals assignements, in France and around the world.


Aerial view of Mont Saint-Michel at sunrise, Normandy, France, filmed from a drone

by Mathieu Rivrin, professional photographer, who is not his first try on this

fantastic and emblematic French monument. Mathieu is based in Brittany, where he wander

and work with his still camera around the neck and a drone in the backpack.

A talent at the height of his passion and his success! 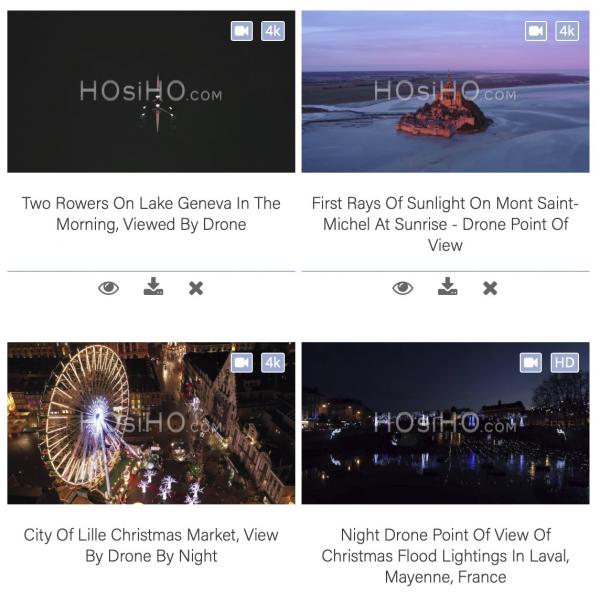