Here is our drone operator representing the network of professional UAV pilots in Montpellier, Prefecture city of the Herault french department, in Occitania region, with almost 300,000 inhabitants in its urban area.
DRONE HORIZON Technologie has been flying its UAV there for many years, to carry out all types of aerial services by drones in photo and aerial video, as well as photogrametry and 3D modelling.

Proof of this is their impressive portfolio of aerial images, photo, video and timelapses below, taken with their drones and cameras by a team of talented cameramen. 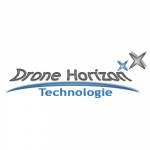 Drone footage and aerial photography for sale on the HOsiHO aerial stock images bank, The World from Above, with overflights by drone of the famous Place de la Comédie, the Arc de Triomphe on Place Peyrou, the Antigone district or Port Marianne or the Place de l'Europe!

Request a quote from DRONE HORIZON Technologie on Montpellier

In addition to its aerial audio-visual expertise over  Montpellier and Hérault french department, both in drone photography and drone video,

DRONE HORIZON Technologie is highly specialised in the following services, thanks to the experience and skills it has acquired over the years: