France viewed from the sky - 1424 images

Sign up now and receive a 10% off coupon for your first order !

We gather in this gallery the most beautiful drone & helicopter footage, photographs, timelapses or hyperlapses shot over France by our talented contributors !

Many are the extraordinary French landscapes. There are countless remarkable villages and towns with an exceptional historical center.

Using superlatives to describe such a beautiful country as France is certainly not an abuse of language, as the variety and specificity of each of the 22 French regions is unique in such a small territory. "Country of Human Rights", France is a continental European country with 67.8 million inhabitants. It is the world's ninth largest economic power and covers an area of 672,051 km2.

The capital of the French Republic is the city of Paris. It is bordered by the North Sea, the English Channel, the Atlantic Ocean and the Mediterranean Sea. It is a member of the European Union and shares its continental borders with Belgium, Luxembourg, Germany, Switzerland, Italy and Spain as well as the Principalities of Monaco and Andorra. This transcontinental state also has territories on the South American continent, in the Caribbean and in the Indian, Atlantic and Pacific Oceans.

A metropolitan territory in the shape of a hexagon

France is a country with a varied geography. Its territory includes three recent mountainous massifs, the Alps, the Jura and the Pyrenees, as well as six ancient massifs which are the Vosges, the Massif Central, the Morvan, the Armorican Massif, the Ardennes and the Corsican Massif.
France is crossed by 4 major rivers, the Rhone, the Seine, the Garonne and the Loire. It also borders the Rhine river, at the level of Alsace, and gives its source to the Meuse.
The French territory is bathed by different climates. Its west side has an oceanic climate, while in the east it is semi-continental. The climate of its southern regions is Mediterranean while a mountain climate is present on the main massifs. The main French cities are Paris, Marseille, Lyon, Toulouse, Nice, Nantes, Montpellier, Strasbourg, Bordeaux and Lille. 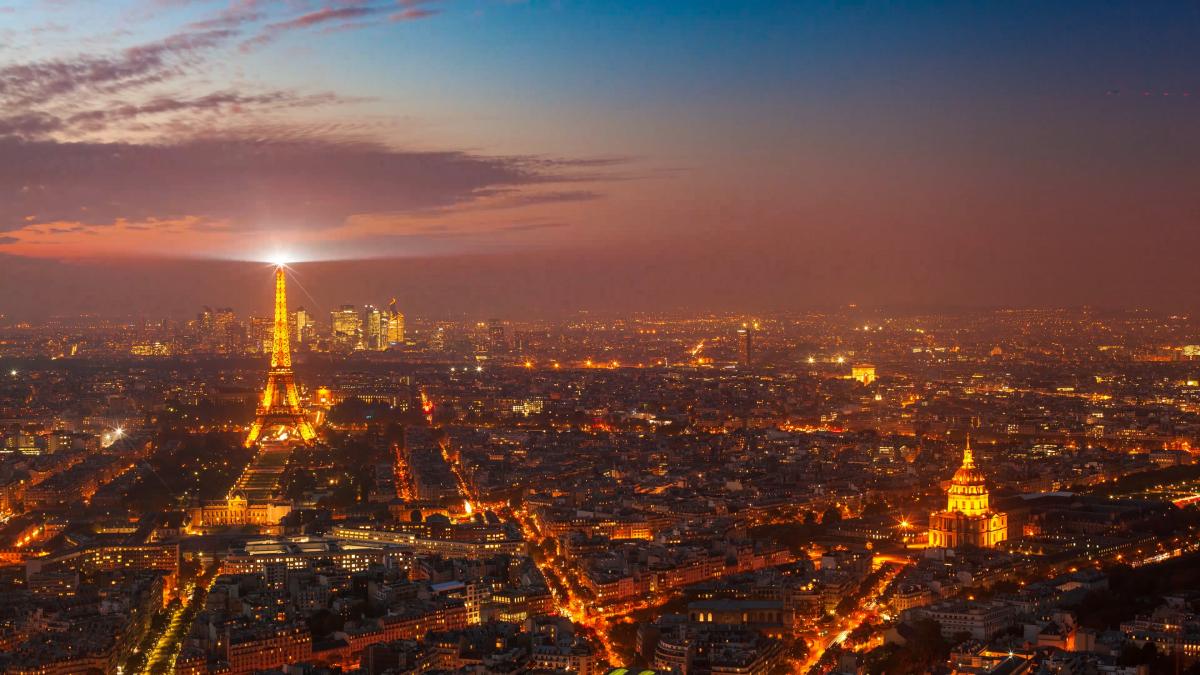 What to visit in France?

As the world's leading tourist destination, France offers a multitude of tourist destinations of great interest. From Paris to the French Riviera, from Mont-Saint-Michel to Corsica, the castles of the Loire Valley to the Rhine Valley, travellers in search of a change of scenery are spoilt for choice. Here are some of the emblematic French destinations.

The City of Light is France's leading tourist destination. Known as "The City of Love", it is considered a romantic city with an extraordinary architectural and cultural heritage. World famous, it is home to monuments such as the Eiffel Tower, the Notre-Dame Cathedral, the Sacred Heart Basilica, the Avenue des Champs-Elysées, the Opera Garnier as well as museums such as the Louvre or the Orsay Museum.

The French Riviera is a Mediterranean region in the South-East of France. Renowned for its spectacular landscapes and its art of living, the French Riviera has a multitude of mythical sites such as the port village of Saint-Tropez, the cities of Cannes, Nice or Menton as well as the neighboring Principality of Monaco.

The Loire Valley region offers an incredible concentration of illustrious castles, royal estates and medieval fortresses. Over a hundred kilometers, it is possible to visit some of the most prestigious castles of France, such as those of Chambord, Chenonceau, Amboise, Azay-le-Rideau, Chinon or Villandry.

Strasbourg and the Rhine Valley

The Alsatian capital is the ideal starting point for a heritage and gastronomic journey in the countryside along the Rhine. From the Petite France district to the European Parliament, its visit is a good appetizer before discovering the picturesque villages of the Alsace wine route that will lead you to Thann, near Colmar.

From the rolling landscapes of the Perche to the iconic Mont-Saint-Michel, via the landing beaches and the villages on its coast, Normandy is a land of natural and heritage discoveries.

Through our collection "France seen from above", it is easy to explore all the richness of the architectural, landscape and urban heritage. There are Paris, Lyon, Marseille, Bordeaux, Lille, of course, but there are also Saint-Emilion, Saint-Cirq-Lapopie, Starsbourg, Saint-Malo, La Rochelle, Cannes, Saint-jean de Luz , Saint-Paul de Vence or Limoges, Aix-en-Provence, Arles, Avignon, Le Havre and so many other sites, castles and monuments!